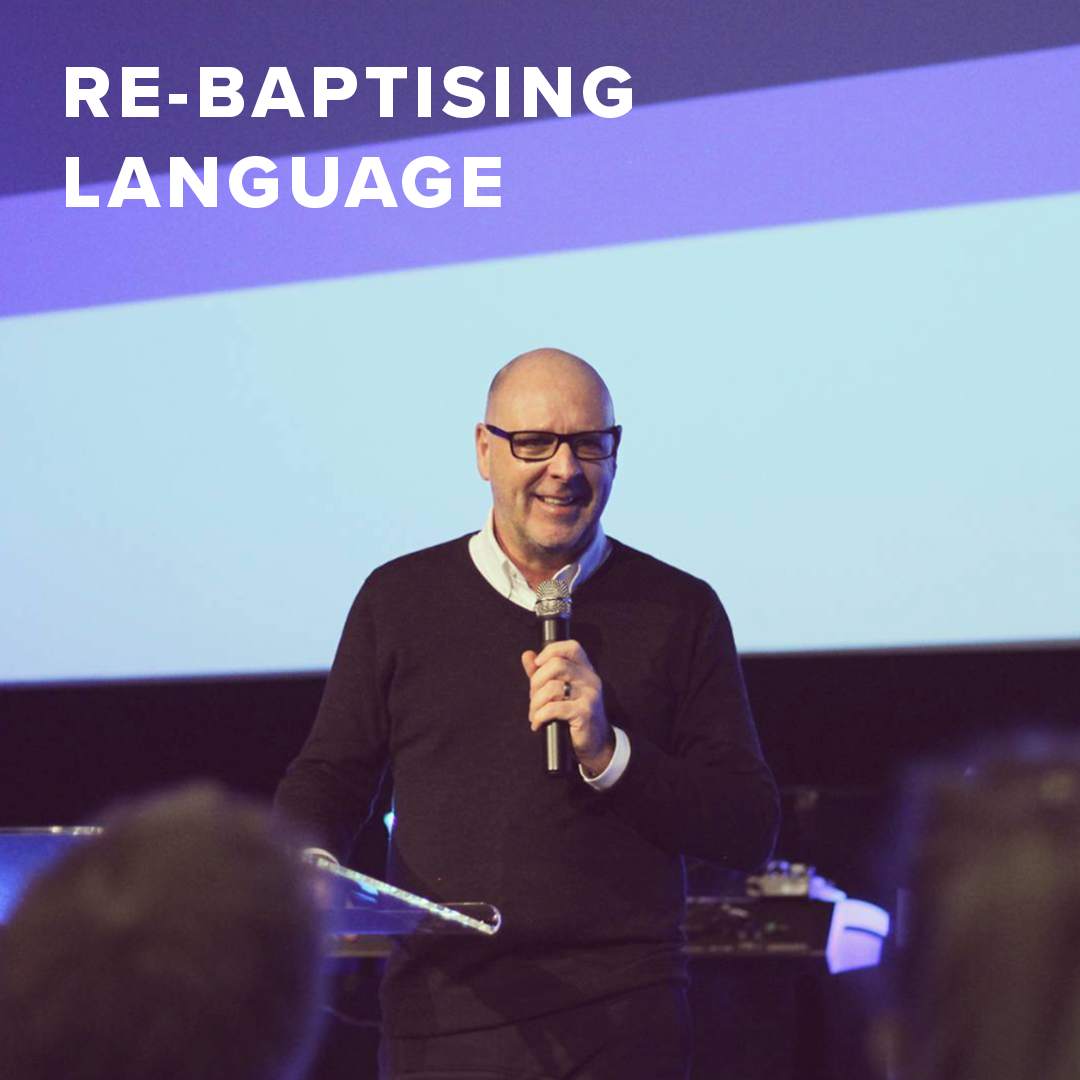 Currently there are some words (popular words) acting as catch phrases and, it could be added, catch-out phrases.  These words have enormous defining and limiting power. They often exclude in their wish to include.  Any attempt to disagree or question receives Orwellian condemnation, by an outraged righteousness.  Diatribe replaces debate.

‘Identity’ once meant what you are.

Diversity is now a legislated quota.

Identity is now whatever you choose, soon to be legislated.

What if we were to re-baptize diversity, inclusion and identity – breathe new life into old words, give them new meanings?

God’s church is a study in diversity, inclusion and identity.  If we were to plunge these words in fresh water, a new creature might emerge, re-baptised, renewed – fit for purpose.

Diversity is trying to redress imbalances and injustices that are deeply entrenched.  These are often not lacking in any civility. Kindness can go a long way.

The answer to a lack of diversity is essentially a legislated process to the end that doesn’t and can’t account for kindness; in fact, it may well diminish it, as being told to is different than wanting to.

Whilst gaining some ground the process may be losing more than it is gaining, partially because it is public-speak, in that people are actually afraid to question.  This may produce conformity of speech, and how far is that from totalitarian power, but no real change has been secured, just resentful acquiescence.

I posit that in spite of the apparent progress of the community we are further from kindness and civility that ever before.  The goal is further from sight, caused by the very process that is meant to ensure it.

The gospel was published in a world where diversity was not on the table.  The divides were obvious and inviolate: Jewish and Gentile, Roman and Barbarian, male and female, slave and free.  Systems of value and worth excluded, be they economic, social, racial or religious.   You were in or you were out.  (And this was largely defined for you at birth.)

The gospel of Jesus has accomplished something in regards diversity that no human agency or law is capable of.  The entire system of worth and exclusion along with the obvious oppressions it enforces, has been done away with by the cross of Christ.  Dividing walls have been abolished in that God’s people are no longer defined by race, sex and social status. These differences may not necessarily or quickly disappear but their excluding value no longer holds sway in the new community of the church.

The church embraces diversity and celebrates difference without flattening everything in an attempt at uniformity.  It is not by might nor by power, but by the Spirit of the Lord.

Diversity is not best expressed in uniformity – but in unity.  And unity is a matter of the heart not the law.

Inclusion of minorities should never be an issue.  It is quite another matter to be compelled to do so by demand with punitive consequences.  Were graciousness to steer the ship of state (probably too much to ask, and maybe not the role of the state) we would not require the legislative muscle of inclusivity.

Inclusion hasn’t brought with it respect, love or pity (rightly appreciated) but a demand for acceptance of lifestyles, sexual proclivities and the re-engineering of family – all part and parcel of the repackaging of inclusion.  Include or else.  How swiftly the underdog becomes top dog, making others the under dog.

It isn’t enough to simply allow or show grace.  We now have to act and speak as if any preference is now enshrined as a human right. Nothing has been more redefined than what does or does not, may or not may, constitute fundamental human rights.  It used to be human rights premised on a Christian-ised foundation of man’s imperfectability and good of the community, now it is my right, premised on a belief in the inherent goodness and perfectibility of humankind.

Anyone with half a brain knows that when we trump community with the individual we have effectively rewritten most every moral and ethical code/law in the history of mankind.  I doubt good will come of it!

God’s church is the master of inclusion, a robust inclusion into community and conformity to the image of Jesus Christ. No organisation on earth has so successfully included in its ranks such a diversity of humanity – the good, the bad and the ugly.

The exclusivity of the church is not in her welcome – at this point the church is all about welcome and inclusion – but in her call to holiness, the re-engineering of the image of God in us through Christ.

Identity is fundamental to wellbeing – to communities, to individuals.  This is axiomatic.  Ask someone who was adopted.  No matter how well they have been cared for, loved, a gap usually exists in regards their identity that isn’t soon, if ever, completely satisfied.

Our identity in large measure comes from community. It is likely that the hermetic person is profoundly insecure about their identity, as it is not possible to adequately form identity in vacuums of self-reference.  We are not ourselves by ourselves.

Identity is under assault in part because we are assaulting the institutions and structures that promote it.  Whilst we continue to mock and decry family/marriage by turning it into a parody of itself we undermine the very structure that prompts a secure identity.   The insecurity of children with no effectual father or divorcing parents is monumental, and legally reprehensible.

It is no surprise, nor should it be, that pre/post pubescent are confused about their identity and wishing to re-identify, what with the perfect storm of community collapse and puberties own confusion crashing in on them.

I predict the day will come in which they take legal action against their parents and/or the state for allowing them to express themselves in realigning their biological identity, when they, seriously, didn’t know better.

Except in the rarest of cases, to be shown all the help and grace available, our identity is reasonably and simply identified.

The struggle of few may have become the fantasy of many.

Gaining our identity from both our biology and our community may not, however, be sufficient.  Creation gave us an identity as God’s creatures and image bearers that in light of sin and the fall has been dislocated in ways both subtle and earth shattering.  A new identity in the creation of a new humanity founded in faith makes us new creations in Christ.

We find a new community and therefore a new identity as one of God’s people, his church.

Really great, I have to chew over these points again and again. Thank you for sharing this Simon.

PREVIOUS C3 The Bukit
NEXT An Encouragement For Pastors